The open international contest «Fireplace Design 2020» is intended to identify and encourage interesting original ideas in the field of designing fireplaces and stoves and to attract the attention of investors and manufacturers to decisions that have received high praise from the competent jury. The goal is to draw the attention of a wide audience to the design possibilities of outdoor and indoor living spaces where fireplaces /stoves /barbecues /grills are used.

The subject of the contest is the best realized object or 3D-project of a fireplace /stove, as well as projects of outdoor and indoor living spaces, part of the design of which a fireplace/stove/barbecue/grill has become. Outdoor living spaces mean here balcony, terrace, courtyard, garden.

The deadline for submission of entries is February 18, 2020.

The contestant guarantees his copyright on the works submitted and bears in accordance with the legislation of the Russian Federation full responsibility in case of violation of the rights of third parties.

The main prize in each nomination is awarded according to the results of the voting of the professional jury. In addition, the online voting winner is determined by electronic voting, which receives the Audience Award.

The contest results summing and awarding the winners will be held on March 12, 2020 at the International Exhibition «Fireplaces and Heating Salon» in the Crocus Expo fairground, Moscow.

Competitive projects included in the short-list will be presented in the framework of the exposition during the exhibitions «Fireplaces and Heating Salon», «Wooden House», «House & Garden. Moscow Garden Show», «Aqua Salon: Wellness & Spa. Pool and sauna» from March 12 to March 15, 2020 in the Crocus Expo fairground (Moscow).

The best projects will be published in the magazines of the Publishing House «Beautiful houses press».

Formats of materials provided:
The description is provided in electronic form in a separate text file (doc, docx, txt, rtf):
• name of the contest, name of the project / 3D object, surname, name of the author (s), name of the company (for legal entities) / name of the university (for students), city, country, contact person (for legal entities);
• a brief description of the project (up to 2000 characters), revealing the main idea, the concept of the proposed solution;
• plan;
• for implemented projects, it is necessary to indicate the name and surname of the photographer who took the picture;
• translation of the name and description of the project into English for publication (optional);
Attention! Photographs and plans should not contain copyright badges, coordinates and logos.
For rewarding:
• one horizontal image 133 x 75 cm, JPEG format, at least 200 dpi.
For print:
• images min 100 x 130 mm, at least 300 dpi, JPEG format.
For demonstration at the exhibition:
• a tablet is drawn up according to the layout of the organizer.
To publish on the site:
• photographs of the competitive object or visualization of the competitive project (not less than 5 and not more than 12 pieces) in JPEG format, not less than 1200 px in width (for horizontal images) and not less than 800 px in width (for vertical images). All photos should be numbered in the order in which they will be displayed on the website.
• a brief description of the project in Russian (no more than 2000 characters), revealing the main idea, the concept of the proposed solution. 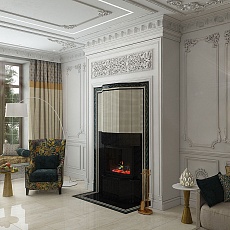